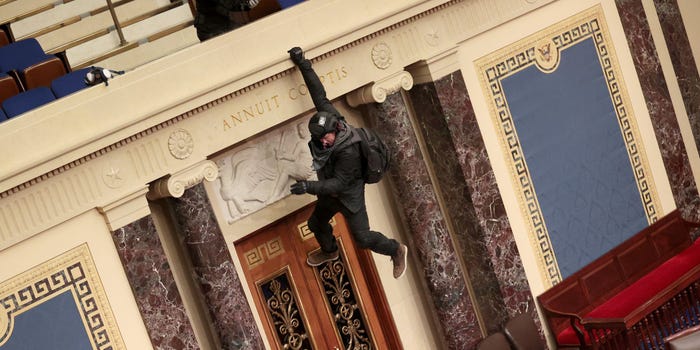 DENVER: One day after an unprecedented violent assault on the U.S. Capitol by extremist supporters of outgoing President Donald Trump resulted in the deaths of four people and the first violent breach of the U.S. Capitol since the War of 1812, an unprecedented coalition of over 60 elected officials and progressive advocacy groups sent a letter to the two Republican members of Congress from Colorado who helped Trump incite his supporters to violence, Reps. Lauren Boebert and Doug Lamborn, demanding they resign from office immediately.

“The basic and fundamental responsibilities of our elected officials are to represent the will of the people—to uphold the tenets of our constitution and respect our democratic institutions,” reads the letter signed by Colorado state lawmakers, local elected officials, and progressive advocacy groups from across the state. “You, Rep. Lauren Boebert and Rep. Doug Lamborn, have betrayed the trust of Colorado voters by helping incite violence against the body you were elected to, a body designed to serve us.”

Read the full text of the letter here.