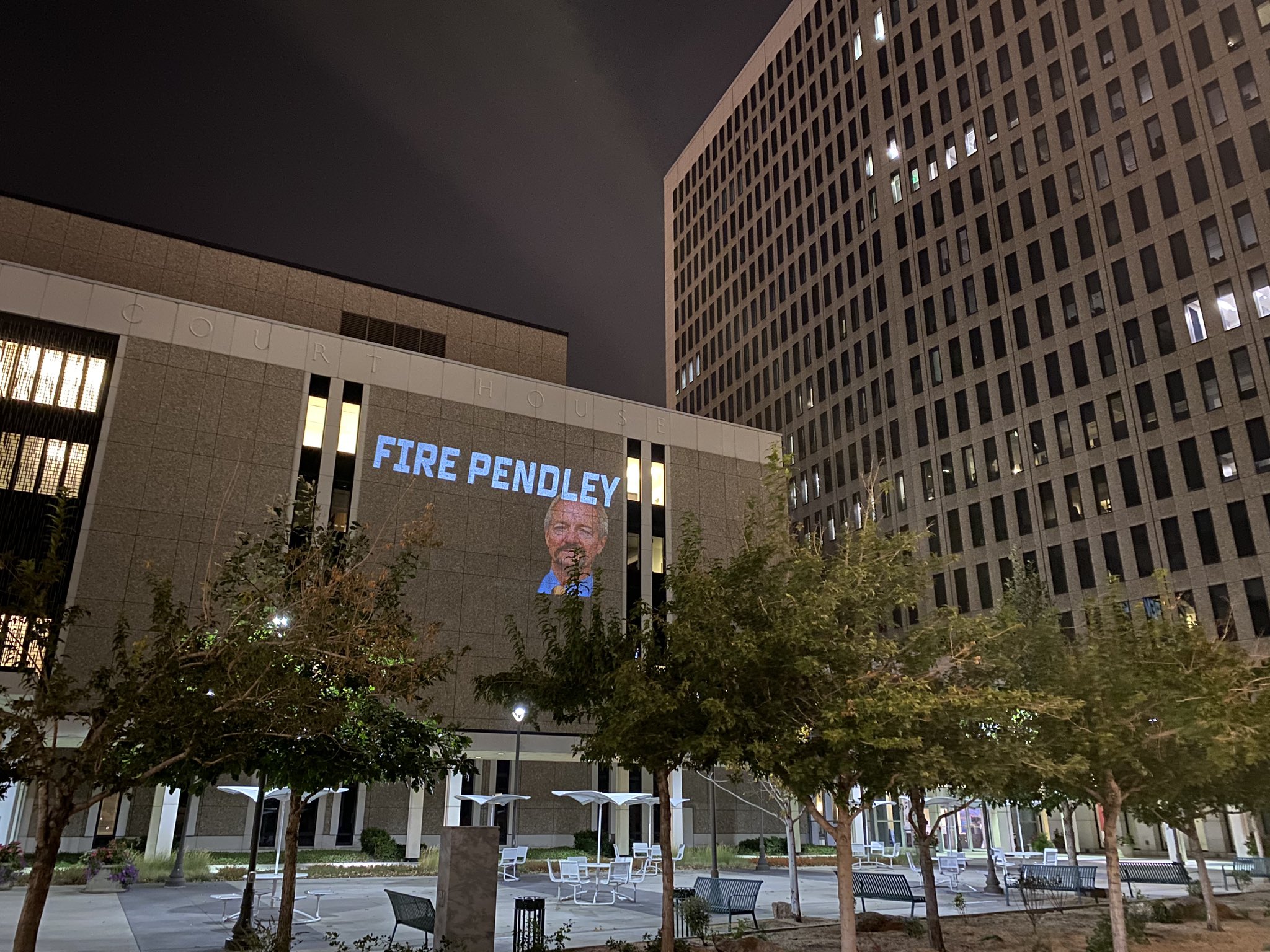 DENVER: Yesterday evening, ProgressNow Colorado, the state’s largest multi-issue progressive advocacy organization, set up a projection on the side of Senator Cory Gardner’s Denver office building with a simple message: “Fire Pendley.” On September 25, a federal judge ruled that William Perry Pendley must be removed as acting director of the Bureau of Land Management, since his name has never been submitted to the U.S. Senate for confirmation. According to the judge, Pendley’s authority “did not follow any of the permissible paths set forth by the U.S. Constitution.”

“Although Pendley has been nominally removed from the position of acting BLM director, he continues to serve as Deputy Director of Policy and Programs,” said ProgressNow Colorado executive director Ian Silverii, “with the power to carry out the agenda he plotted as acting director–opening up the American West to oil and gas drilling, rolling back key wildlife protections, and deliberately warping public lands policy in favor of extractive industries. Interior Secretary David Bernhardt has announced there will be no replacement director appointed, leaving a vacuum that Pendley can continue to fill.”

“Some have said that this court victory could be the beginning of the end of the alt-right’s best chance to hijack America’s public lands,” said Silverii. “Not yet. Pendley needs to be fired completely from the BLM for that to be true.”

For nearly 30 years William Perry Pendley, a former oil industry attorney, was president of the Mountain States Legal Foundation (MSLF), where he regularly sued federal agencies to challenge conservation policies and regulations managed by the very agency he has been leading. Pendley has written several books opposing government regulation of Western lands and under his direction the MSLF publicly supported Cliven Bundy, who led an armed standoff with Bureau of Land Management officials in 2014 over unpaid grazing fees. As recently as 2016, Pendley argued that the Constitution “requires” the federal government to sell the lands it owns in the West. He has also dismissed the Black Lives Matter movement as based on “a lie that spread like cancer.”

“While Sen. Cory Gardner avoided weighing in publicly after President Trump withdrew his name from nomination, voters will not be letting Sen. Gardner off the hook so easily,” said Alan Franklin of ProgressNow Colorado, who was present for yesterday’s projection. “With our ‘Fire Pendley’ message emblazoned on the side of Sen. Gardner’s office, we are demanding that he make good on his promises to protect public lands by calling for Pendley’s complete ouster from the BLM. Pendley’s well-documented lack of qualifications for any post having to do with public lands policy make a mockery of Sen. Gardner’s insistence that he and Donald Trump are leaders on conservation.”

According to the 2020 bipartisan and well-respected Colorado College Conservation in the West survey, Western voters are demanding an ambitious agenda to protect public lands and are concerned about the impacts of energy development on public lands and outdoor lifestyles. In Colorado, 70% say that the impact of oil and gas drilling on our land, air, and water is a serious issue, and 69% agree that private companies should not be allowed to profit from using public lands if doing so would limit public access and enjoyment of those lands.

During William Pendley’s tenure in leadership, BLM opened up oil development in the Arctic National Wildlife Refuge (ANWR), threatening the caribou population and the accompanying indigenous way of life. BLM finalized plans to permit drilling, mining and grazing on the Bears Ears and Grand Staircase Escalante national monuments, both reduced in size, and made hundreds of other decisions in favor of extractive industries without due consideration to conservation and environmental impacts. It is ironic that Interior’s ‘sleight of hand’ to unlawfully keep Pendley in charge may now lead to a reversal of all the decisions he made to open the American West to oil and gas drilling.

“What Coloradans, and a majority of westerners are saying is that they don’t want a man like William Pendley making public lands policy, and we are calling on Sen. Cory Gardner to use his influence to serve the will of his constituents and make this right,” said Silverii. 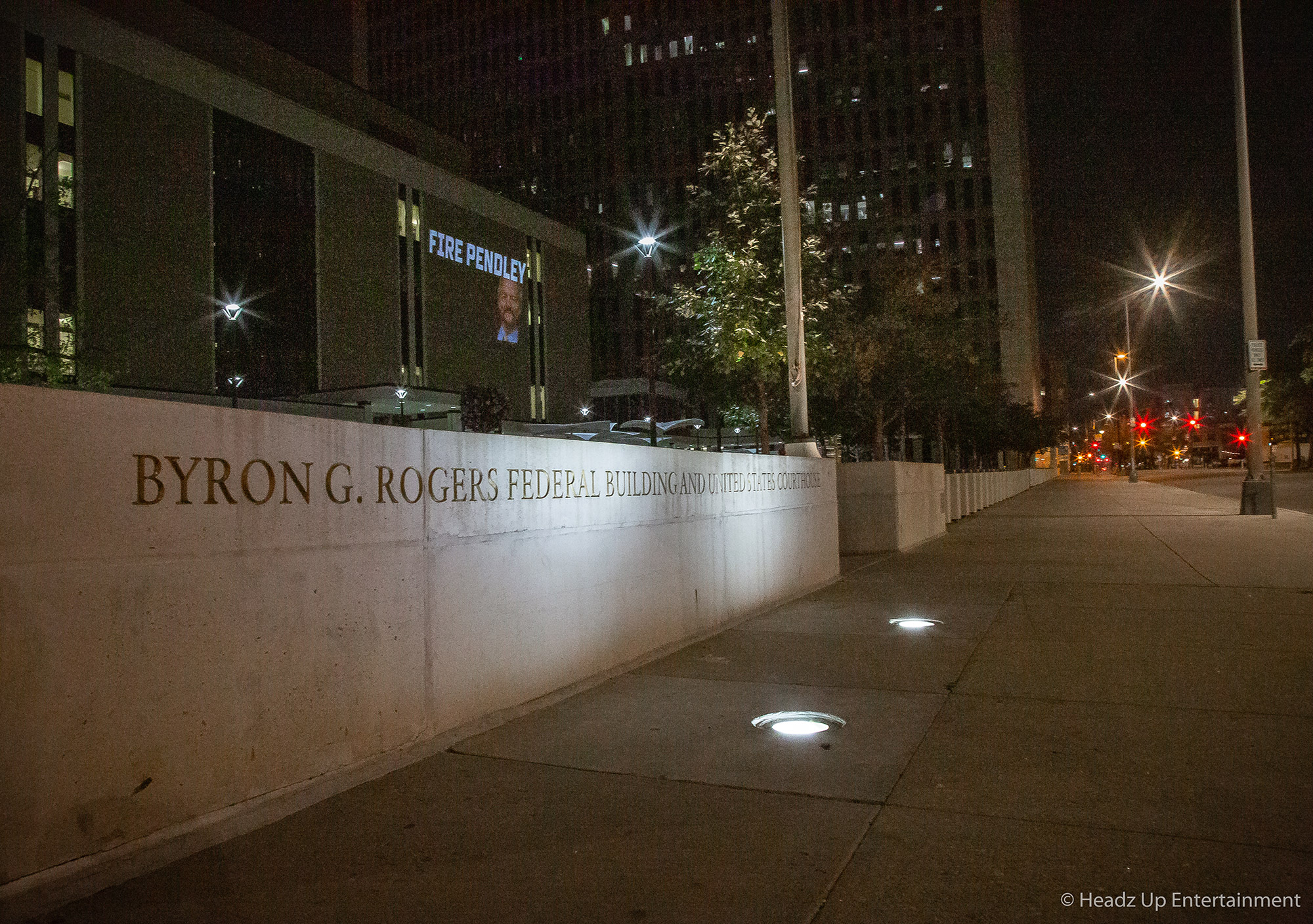