What you can do to fight back this week (January 27) 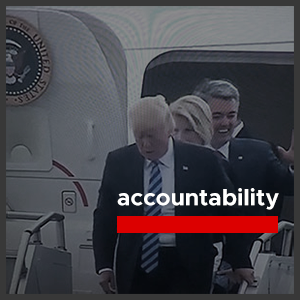 There’s been yet another explosive development in the impeachment case against President Donald Trump. This weekend, the New York Times reported that an upcoming book from former National Security Advisor John Bolton will confirm that Trump personally refused to release hundreds of millions of dollars in aid to Ukraine unless his domestic political demands were met.

If true, Bolton’s testimony could be the “smoking gun” that ends Trump’s presidency.

That’s why Trump and his Republican allies in the Senate are making excuses instead of doing the obviously right thing: vote to include all relevant documents and witness testimony in the impeachment trial, including all of the damning information that has come out since the House passed their articles of impeachment. Including John Bolton, who has already offered to testify.

When he was running for the U.S. Senate in 2014, Sen. Cory Gardner said, “if my party is wrong, I’ll say it.” But Gardner broke his promise. Gardner voted over and over to reject the evidence and witnesses the Senate needs to conduct a fair trial. Gardner has had his chance to serve Colorado before Trump, and he has consistently failed. It’s almost certain that Gardner will vote to let Trump off the hook no matter what evidence he sees, and that is the opposite of leadership.

Action item #1 this week: call Sen. Gardner’s office one more time at (202) 224-5941. Don’t tell Gardner to vote for Bolton to testify to save his political career; it’s too late for that. But Gardner has the chance to not go down in history as one of the Republicans who voted to protect Trump even as the devastating truth became undeniable. Then, click here to help our friends at MoveOn.org get their petition demanding that witnesses and all the evidence be admitted into the impeachment trial to their goal of 100,000 signatures.

Once that’s done, check out some more great ways to get involved for the week of January 27:

What Would You Do Without Winter?: Snow Activism Tour

Lauren MacCallum from Scotland and Josh Jespersen from Colorado are fighting the climate crisis in their own backyards, and we’re screening two films to share their stories with you, in the hope you’ll be inspired to take action too. After the film screenings, Patagonia ambassador Max Hammer and nonprofits Protect Our Winters and National Ski Patrol, as well as National Ski Areas Association will facilitate an interactive discussion on how to connect with local climate groups.

Please join us this Wednesday on the West Steps of the Capitol as we let Cory Gardner know what we think about his voting during the trial so far, and how he should vote on Conviction. Cory Gardner is a compromised juror and his actions clearly demonstrate this. He has failed us as a leader and an elected official and it is time that we let him know the truth. Bring your Cardboard Cory’s and any signs you may have as we rally against our corrupt Senator.

Where: Colorado State Capitol, Denver
When: Wednesday, January 29 at 5:30pm

Your participation throughout the EIRP process can greatly influence our energy future in the Pikes Peak Region. We need to continue to pressure CSU to close the Martin Drake Coal Plant at the earliest possible date and bring us into a just and equitable transition off of fossil fuels to a sustainable and renewable energy future. Please join us and give public comment and show your support for a clean energy future!

Making a Place for All: Creating Housing Justice

9to5 Colorado is a grassroots nonprofit that is working to build an economically and racially just world for all womxn and their families. We do this through grassroots organizing, issue based advocacy, and community education. Community meetings are a space to stay involved on policy priorities, learn political advocacy skills, train on worker and renter rights, and build relationships.

Conservation Colorado: Climate Change and You: Environmental Toxicology in Pueblo

Listen to Colorado State University-Pueblo’s research scientist Dr. Elizabeth K. Peterson and join our diverse community citizens as we explore climate change stressors, the consequences Puebloans pay, and what we can do to mitigate exposure. Join us for an evening of live music, delicious free food (vegetarian and gluten free choices available), free drinks, and engaging discussions that will satisfy your mind, body, and soul. Let’s #actonclimate. Guests speakers include Meral Renee Sarper and Kevin Healey.

Come join us for Mountainfilm on Tour – Denver! It’s promised to be a fun evening packed with exciting and inspiring films, hosted by Sierra Club CO at Alamo Drafthouse Sloans Lake. Mountainfilm is a documentary film festival that showcases nonfiction stories about environmental, cultural, climbing, political and social justice issues, bringing together world-class athletes, change makers and visionary artists for a multi-dimensional celebration of indomitable spirit.

Join Indivisible Denver for our February community meeting! Catch up on our plans for building infrastructure for 2020 Elections, including GOTV, Fighting Voter Suppression & Gerrymandering, AND the National Popular Vote initiative.

Celebration of Pardon for Ingrid Encalada

Thanks as always for everything you do to help week after week. We’ll be back next Monday with more ways to fight back.