On Monday, we alerted members to allegations that a Denver right-wing talk radio producer has a dark side: a social media “double life” of blatant neo-Nazi hatred, virulent racism, even idolizing Adolf Hitler and claiming America fought on the wrong side in World War II.

710 KNUS producer Kirk Widlund denied the allegations, but a new investigative report from 9NEWS last night matches up statements Widlund made both on his social media and the radio. Click here for the latest update: 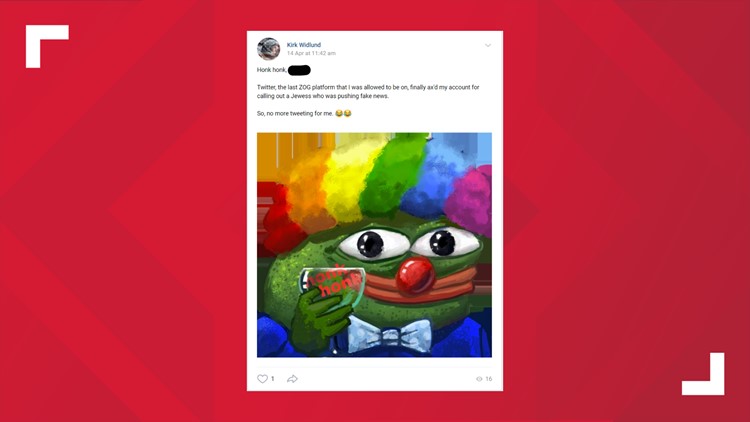 We can’t deny anymore that this kind of sick hatred is part of our politics in Colorado. 710 KNUS regularly hosts leading Republican elected officials like Sen. Cory Gardner and Rep. Ken Buck. If we can’t come together to reject outright Nazism, the polar opposite of every value we hold as Americans, what kind of society do we have?

Take action: call the 710 KNUS front office right now at (303) 750-5687, or their on-air line at (303) 696-1971, and tell them there is no place for Nazis on the radio in Denver. Then take a few minutes to call some of the principal advertising sponsors of KNUS, and demand they look into what their ad dollars are paying for:

For more advertisers who fund KNUS and their parent company Salem Media Group, click here. They all need to hear from us.

Thanks for taking quick action to fight back against hate in Colorado. This is how we prove the worst among us do not speak for us.