What you can do to fight back this week (July 1) 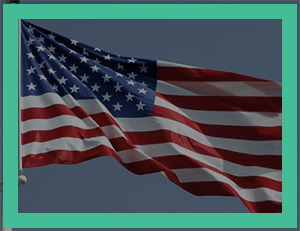 It’s a short holiday work week, as the nation celebrates its 243rd birthday on Thursday.

For most of American history, we’ve struggled to define what our most important principles as a nation are. For me, it’s about freedom, fairness, and truly equal opportunity for everyone. We haven’t always lived up to these ideals, and for many Americans our patriotism is tempered by a recognition of how we have failed from the beginning to make these promises reality for everyone.

But that doesn’t mean progressives aren’t patriots. In a troubling era of hateful politics seeking to exploit and divide Americans, progressives keep the fight for fairness and equality alive everywhere we have a voice in government. When thoughtless and greedy men try to dismantle the institutions middle class America relies on like Social Security and Medicare to give the wealthiest among us a tax break, we fight back–and every year we preserve these institutions against the odds, millions of Americans are able to keep going.

The lives and quality of life we fight to uphold for every American as progressives, year after year, are victories in and of themselves. And they’re reasons to be proud of America no matter who is President. Progressive values are what made America great, they will keep America great, and if necessary will make America great again as many times as it takes.

Thanks again for everything you do to help, and here are a few more ways to take action for the week of July 1:

On Thursday, June 28th the US Supreme Court decided that they will take up the case on the repeal of Deferred Action for Childhood Arrivals that has been fought in court since September of 2017 when the Trump administration announced that it would be ending the program. We expect a decision in the coming year. The Colorado Immigrant Rights Coalition will be hosting an educational forum in which we will go over what comes next and what when we believe we can expect a ruling on this lawsuit defending the program. We will have a lawyer present to answer questions the public may have about what we can still do in light of this new information and what we can not longer do. Learn what you should now about the program now and what we can do to fight for a permanent solution.

Close the Camps: Delivering the Message to Cory Gardner

Join Indivisible Denver, AFSC & Coloradans For Immigrant Rights and the Not 1 More Deportation Table for remarks by impacted community members regarding ICE, Border Patrol and the detention camps. Folks will gather on the street in front of Gardner’s office. There will be an altar where folks are invited bring photos of those killed by ICE and CBP or separated family members. A delegation led by Not1More Deportation table will deliver a letter to Gardner asking him oppose further funds for ICE and CBP (Customs and Border Patrol) and close the camps. The altar and a letter will also be taken up to Gardner’s office.

Join us for a training that will prepare you to engage in companioning (or walking beside) immigrants and their families who are separated by detention centers.

“One Colorado is the state’s leading advocacy organization dedicated to advancing equality for lesbian, gay, bisexual, transgender, and queer (LGBTQ) Coloradans and their families.” We are throwing a block party-style dinner! The dinner will be held outside at Comal with plenty of great food. This will be one of our biggest dinners to date, so please share with your friends and let’s get as many people to attend as possible.

Have a great holiday. We’ll see you next week with more ways to make a difference!

If you have any questions or would like to give by another means, please contact Becca Moser at becca@progressnowcolorado.org or 303-991-1900.