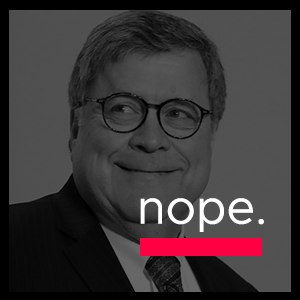 With new revelations being uncovered by the special counsel practically every day, the prospect of Trump successfully hand-picking the next man to preside over the investigations into Trump’s campaign is deeply troubling. It doesn’t matter what Barr tells the Senators and media, what matters is his record—and what he’s told Donald Trump, who is currently under investigation.

“RussiaGate” is just the beginning of the problems with William Barr. Barr called the backwards former Attorney General Jeff Sessions “outstanding.” Serving under former President George H.W. Bush, Barr was a major proponent of mass incarceration policies that resulted in the United States having one of the highest rates of imprisonment in the world–disproportionately impacting communities of color. Barr’s documented views on abortion, LGBTQ+ rights, and immigrant rights show his just how backwards his views are.

Thanks for your timely help. However this fight ends, speaking truth to power is always the right thing to do.