Yesterday was a crazy day in American politics. President Donald Trump’s former campaign chairman Paul Manafort was found guilty of multiple felonies, and Trump’s personal attorney Michael Cohen named Trump as a co-conspirator in campaign finance law violations. The investigation into Trump’s campaign is getting closer to the President every day.

And who was at Trump’s side all day? Cory Gardner. Help us make sure Colorado never forgets who he literally stood with. 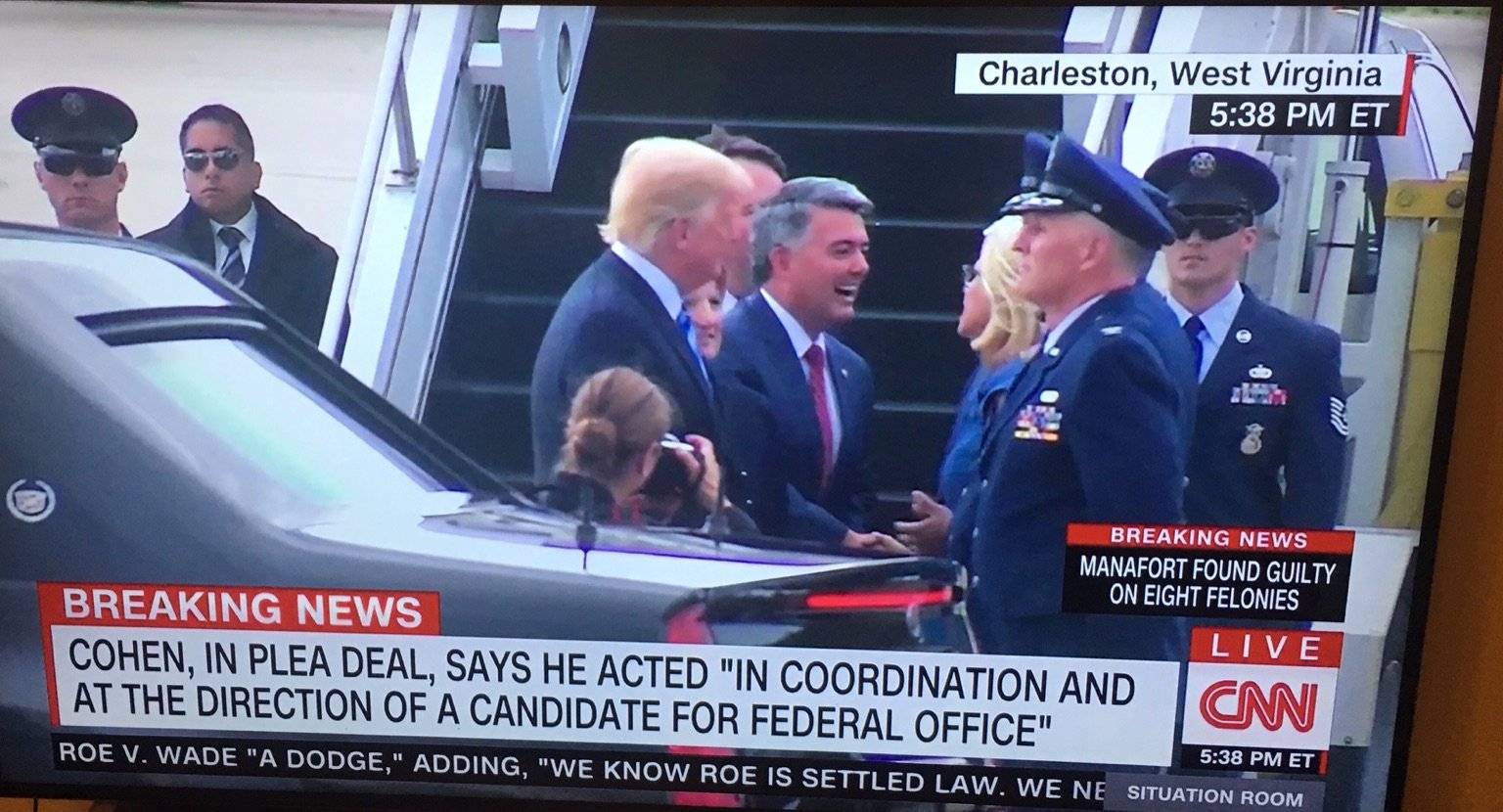 As Donald Trump was making excuses for the latest members of his inner circle to become convicted felons, Sen. Cory Gardner of Colorado was right there with Trump, giving Trump’s presidency legitimacy he doesn’t deserve. It doesn’t matter if Cory’s “job” is to help elect Republicans to the U.S. Senate. Cory Gardner helped create the vacuum of accountability that has allowed Trump to thrive, and now he is too afraid for his own career to do what’s right for the country.

Cory Gardner isn’t up for re-election until 2020. Help us make sure he never lives this down with your support for Colorado’s largest and strongest multi-issue progressive organization. We were here before Cory Gardner was ever elected, and we’ll be here long after he’s a footnote in history.

Thanks for doing your part to hold Cory Gardner and Donald Trump accountable.