Denver To DC: Stop The #GOPTaxScam

DENVER: With the U.S. Senate preparing to vote on legislation that will increase the deficit by an estimated $1.4 trillion, gut health reform, and raise taxes for millions of middle-class families to give tax cuts to the wealthiest Americans, activists, policy groups, and concerned Coloradans from around the state rallied in Denver to urge a no vote on the so-called “Tax Cuts and Jobs Act.”

“The tax plan is really going to hurt a tremendous number of people,” said Carol Hedges of the Colorado Fiscal Institute. “It’s going to hurt working families, graduate students, teachers, millions of people who make up the backbone of the American economy. This is legislation that will help the rich, and hurt the rest of us. I am deeply worried about the damage this legislation will do and I urge Senator Gardner to oppose it.” 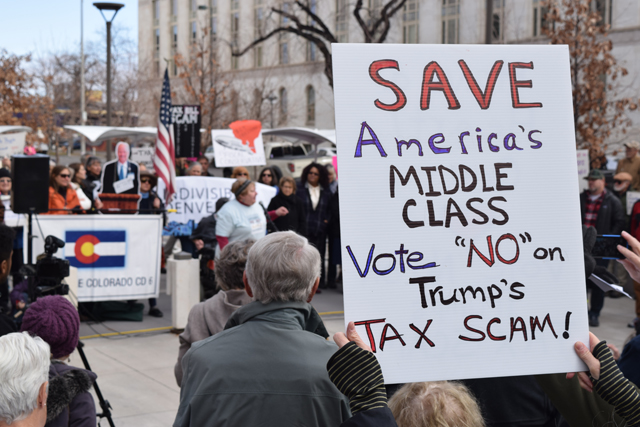 “I live in the mountains above Boulder and I am here today to protest against this irresponsible tax plan,” said Boulder resident Joan Hemm. “My husband is disabled. He is on Social Security disability insurance, he is on Medicare, and I am on a health plan provided by the Affordable Care Act. It’s like dominoes—if this tax plan goes through, we’re just hit in every way imaginable. And because we don’t make over $75,000 per year, we’ll be paying more taxes on top of it! This will be devastating for my family.” 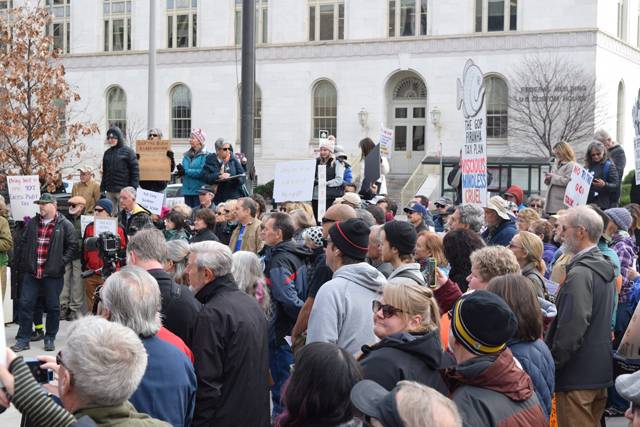 “Income tax policy is really about values and vision,” said retired college professor Katherine Amato. “Dealing with my own major medical expenses, I was extremely lucky to have the medical cost deduction available to me to help offset the rising cost of care. Now I am cancer-free, and for the first time in years won’t have to claim a medical deduction this year. I will gladly pay a small amount more to ensure this vital benefit remains available to all Americans who need it.” 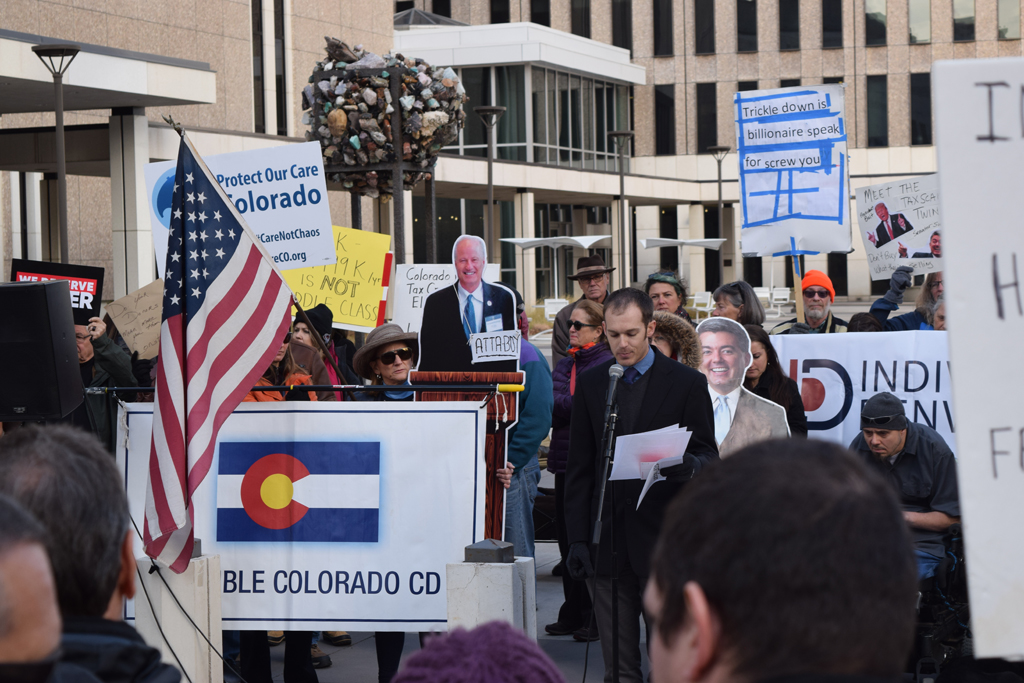 “As usual, Sen. Cory Gardner is refusing to state his position on a bill that will have devastating consequences for his constituents—this time it’s the disastrous Republican tax scam. We remember when he refused to tell the truth to Coloradans about his fervent support for ending health care coverage for hundreds of thousands of his constituents earlier this year,” said Manny Lopez del Rio of ProgressNow Colorado. “We can’t trust Gardner to stand up for Coloradans, but we can show him that he’ll be held accountable for turning his back on us. Colorado is watching this disaster unfold, Sen. Gardner, and we won’t forget.”