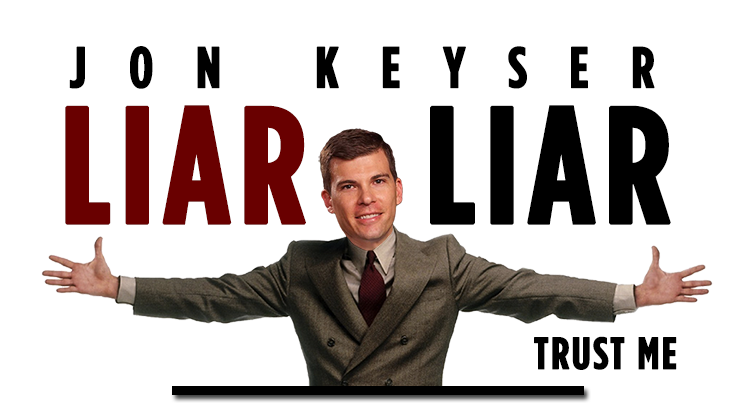 Last week, ProgressNow Colorado requested an investigation of Keyser with the Judge Advocate General of the Air Force for violating rules while campaigning behind the scenes during his time in the Air Force Reserve. Keyser claimed in response that he was not actually “in uniform” when he conducted the interview, but admitted he was campaigning behind the scenes while serving. Today, ProgressNow Colorado called on Keyser to apologize for misleading voters with unfounded allegations of fraud in Colorado’s mail ballot elections. 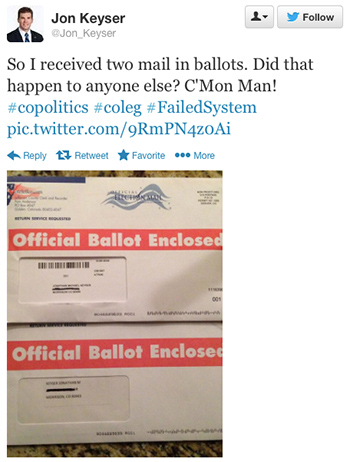 In 2013 Jon Keyser, then a candidate for the Colorado House, posted a photo on social media of “two ballots” he received, claiming this was evidence of a “failed system” passed by Democrats that year. In truth, Keyser’s “second ballot” was for a single ballot question related to property he owned elsewhere in the state. The photo Keyser posted intentionally concealed the return address of the second ballot to falsely imply he had received two complete ballots for the same election. [1]

“Jon Keyser knew exactly what he was doing,” said ProgressNow Colorado political director Alan Franklin. “Colorado Republicans led by then-Secretary of State Scott Gessler were desperate to convince voters that Democrats had somehow sabotaged the election system. Gessler’s friend Keyser was more than happy to help promote this fiction, then had to make silly excuses for his antics when debunked by fellow Republican county clerks.”

“The fact is, Colorado is a leader in modernizing our election system to increase participation,” said Franklin. “When the new law was passed, opponents immediately claimed it would result in massive election fraud that, as it turns out, never happened. But some Republicans like Jon Keyser were so eager to protect the status quo they invented bogus ‘fraud’ cases out of thin air.”

“Voters deserve an elected official who plays by the rules and is honest with the people of Colorado,” said Franklin. “The more we see from Jon Keyser, the more it becomes clear he is simply not an honest player.”