DENVER: With Christmas approaching next week, ProgressNow Colorado, the state’s largest online progressive advocacy organization, is releasing a series of shareable graphics highlighting key moments in Mike Coffman’s over quarter century in politics–moments that he would rather be forgotten with a tough election season just around the corner.

“To celebrate the twelve days of Christmas this year, we’re calling attention to twelve of Mike Coffman’s greatest coverups,” said ProgressNow political director Alan Franklin. “Why won’t Mike Coffman stand up to Donald Trump? Why does he use Planned Parenthood’s logo in ads while voting to defund them? Why did Coffman say that President Obama ‘is not an American?'”

“Mike Coffman’s constituents deserve answers as he runs away from his long out-of-touch record,” said Franklin. “All we’re doing is restating the questions.”

The “12 Days of Coffman Coverups” graphics are being distributed via social media and directly to ProgressNow Colorado members in Coffman’s district to share. Three released so far include: 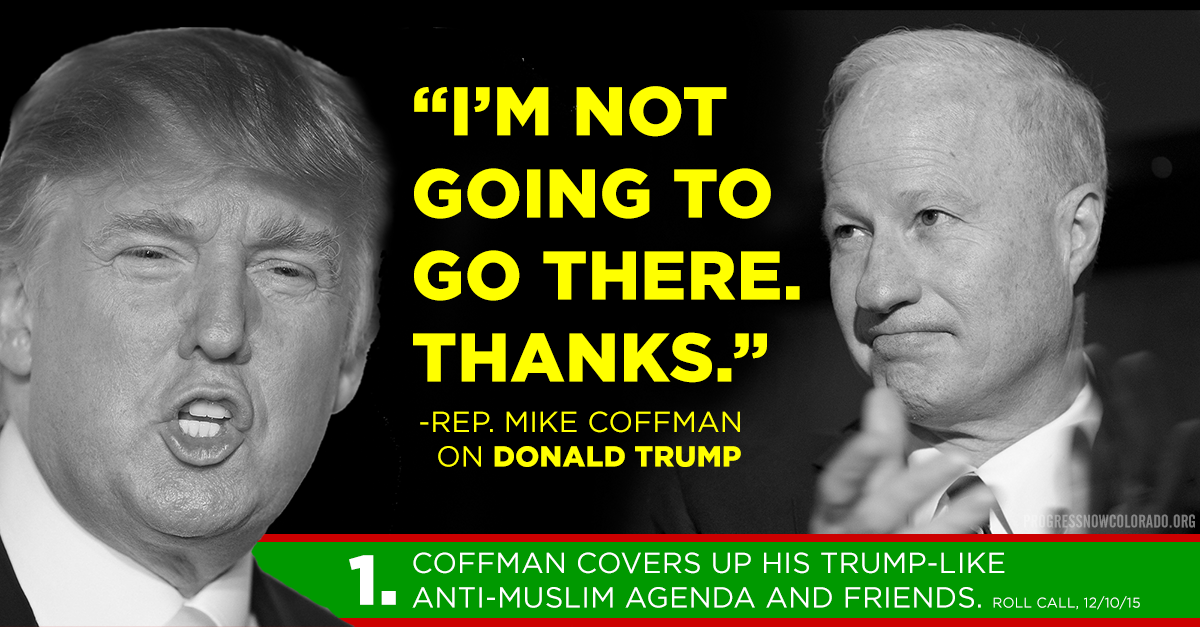 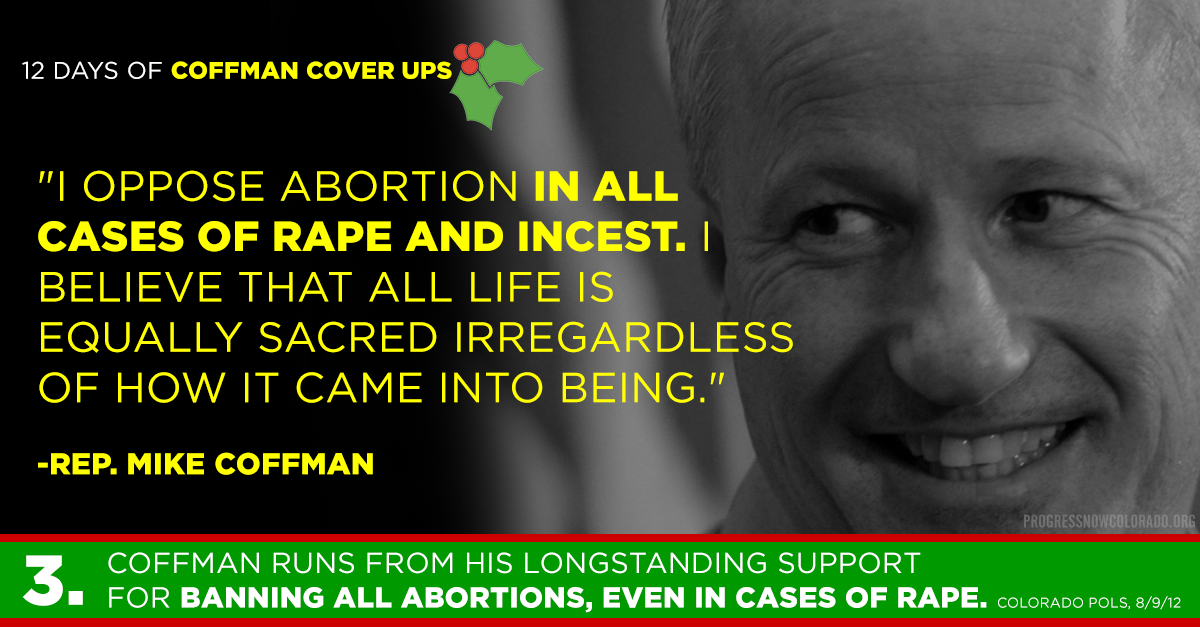