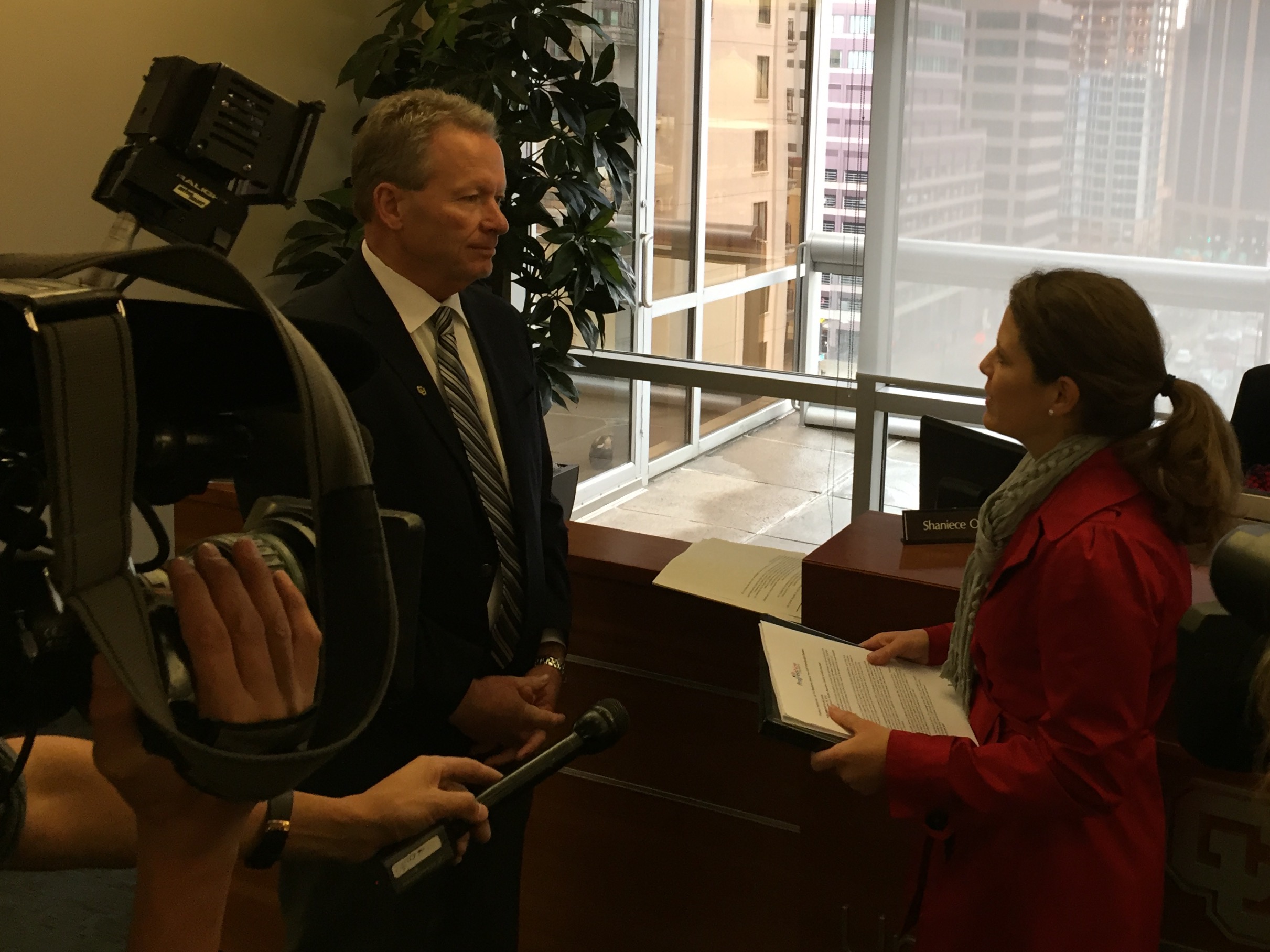 DENVER: As University of Colorado students continued their campaign for more tickets to the Republican presidential debate at the CU-Boulder campus next week, ProgressNow Colorado, the state’s largest online progressive advocacy organization, delivered a petition to CU President Bruce Benson’s office calling for 50% of the tickets to the debate to be made available to CU students.

“We’ve heard from hundreds of University of Colorado students, stakeholders, and other local citizens who are outraged that CU’s reputation for open and honest dialogue is being misused,” said ProgressNow Colorado executive director Amy Runyon-Harms. “To promote this debate on the University of Colorado campus while locking CU students out who only want to fill the arena’s thousands of empty seats is an insult to those students and our whole community.”

In August, ProgressNow Colorado called for 50% of the tickets to the October 28th Republican presidential debate be distributed to University of Colorado students. After debate organizers announced that only 1,000 of the Coors Events Center’s 11,000+ seats would be used for the debate, and that only a token number of those limited seats would be offered to CU students, ProgressNow Colorado called for an additional 1,000 empty seats in the arena to be made available for students.

“All of the excuses offered by debate organizers have fallen flat,” said Runyon-Harms. “There is no reason why 1,000 empty seats in the Coors Events Center can’t be made available to students. The cameras and broadcast equipment don’t take up that much space. Nothing about the setup of the stage for the debate makes this modest request unworkable. All that’s left is the fact that everyone knows, but debate organizers can’t acknowledge: they are afraid of what these out-of-touch Republican presidential candidates are going to say.”

“It’s not too late,” said Runyon-Harms. “Our message to the RNC, CU, and CNBC is simple: prove the skeptics wrong by opening up 1,000 empty seats to CU students. Or face the embarrassment of students being denied access to an event on their own campus overshadowing the debate itself.”