This week marks the halfway point of the 2015 session of the Colorado legislature. Lots of important work is still ahead, including what is expected to be a major battle over next year’s state budget. But I wanted to take a moment to bring you up to speed on what’s happening, and remind you that we’ll need your help at the legislature on short notice. If you haven’t already, sign up to receive our legislative text alerts (text PNC2015 to 30644), and be first to know when news breaks on the issues progressives care about. 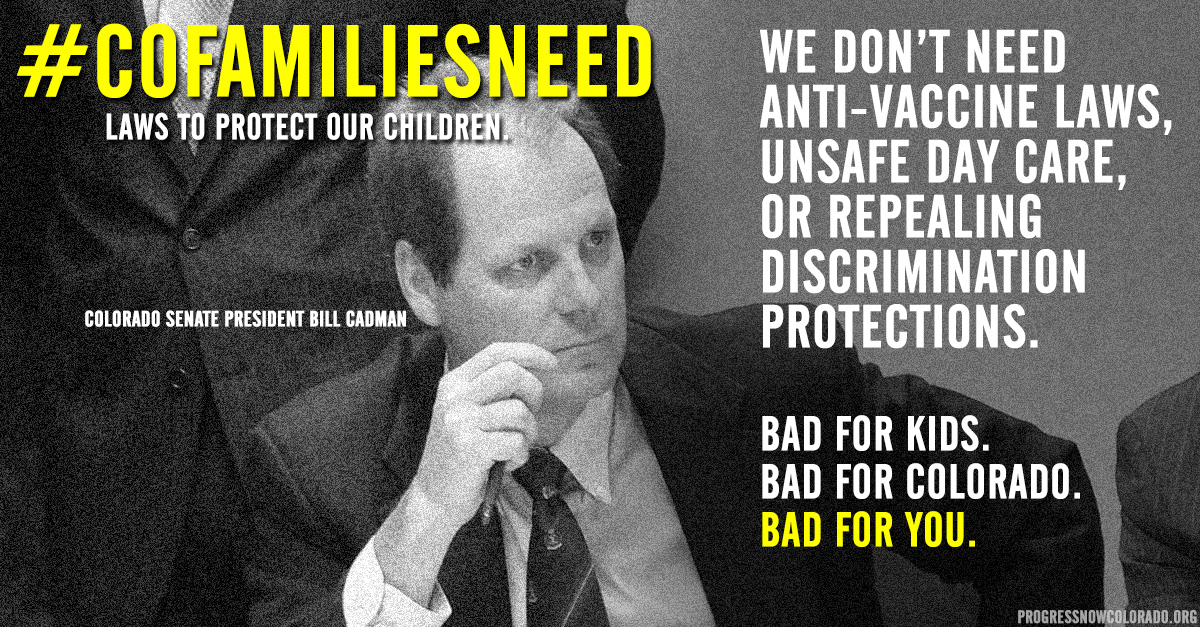 After narrowly winning control of the Colorado Senate last year, the right wing is trying to pass years of pent-up bad ideas into law. Remember when the pundits said last year that the right is “no threat to abortion rights?” Already this year, we have seen three bills to prohibit or restrict abortion in Colorado.

And that’s just the beginning. The Republican-controlled Colorado Senate passed a bill last month to make it even easier for unvaccinated children to attend public schools. They are trying to repeal Colorado’s common-sense job discrimination laws, even those there is no evidence they have had any negative impact on businesses. They even passed a bill to roll back Colorado’s landmark renewable energy standards.

Fortunately, progressives still have control of the Colorado House, and we trust that Gov. Hickenlooper would veto the worst of these bills if they made it that far. But the fact is, we are just a few votes in the House and one governor’s race away from some really terrible ideas becoming the law of the land in Colorado. It’s critical that every voter understands what conservatives are trying to do this year–because elections matter, and next time could be very different.

From now until the end of the legislative session in May, we’re going to need your help–sometimes at a moment’s notice. If you haven’t already, take a moment right now to join our rapid-response text alert list (text PNC2015 to 30644). We’ll alert you on key bills, and give you chances to take action when it matters most.

And we couldn’t do it without your help. Thanks again.