It’s Too Late To Mail Your Ballot, Denver: text DROPOFF to 30644

DENVER: With the 2014 elections in Colorado wrapping up in just a few days, ProgressNow Colorado, the state’s largest online progressive advocacy organization, launched a new text message-based ballot dropoff locator tool to help Denver voters get their ballots in.

“It’s too late to mail your ballot, but Denver is making it easy for voters to drop their completed ballots off at locations around the city,” said ProgressNow Colorado executive director Amy Runyon-Harms. “To make it even easier, ProgressNow Colorado can help you find a nearby dropoff location from any cellular phone.”

“For the next four and a half days, the only thing that matters is getting the hundreds of thousands of ballots sitting on kitchen counters and desks across the state completed and returned,” said Runyon-Harms. “The votes that haven’t yet been cast in Denver may well make the difference between victory and defeat. Progressives are committed to using every resource we have to get out the vote in this critical election.” 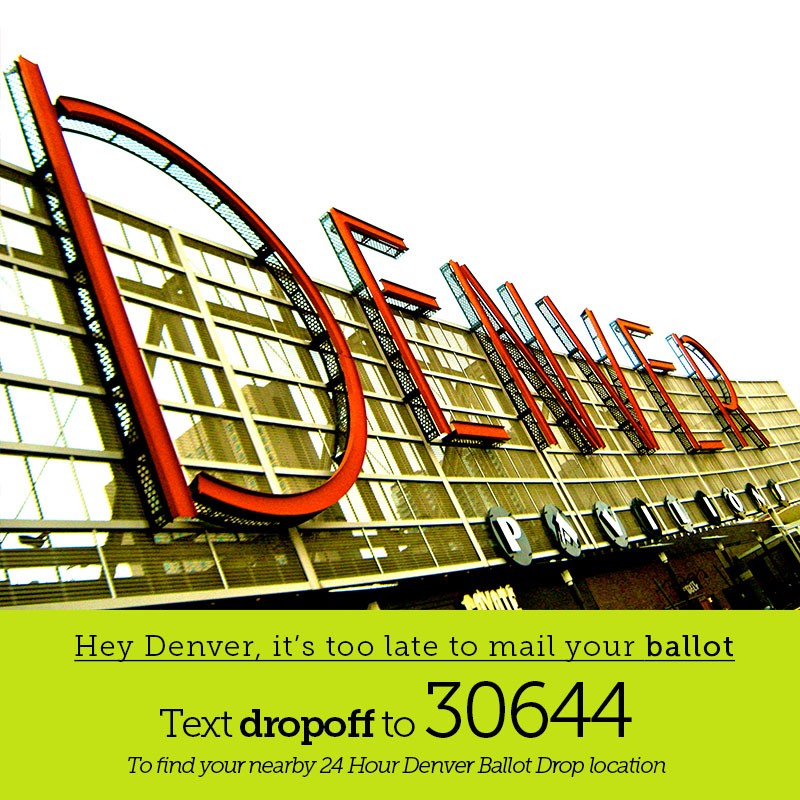