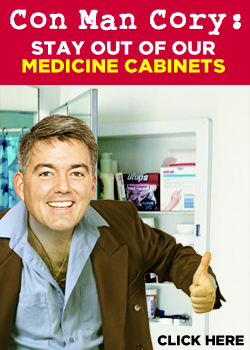 One of the things I am most proud of as part of the Affordable Care Act, a.k.a. Obamacare, is the requirement that every health insurance policy cover contraception for women at no out-of-pocket cost. Reproductive choice for women is more than just an economic advantage, it’s a fundamental right. For some women, the monthly cost of birth control is a hardship that could lead to having to choose between putting food on the table for her family and making the right choice for her future.

You may have heard that Congressman Cory Gardner has supported proposals to ban birth control. Gardner recently flip-flopped on that position, but he still says he wants to repeal the Affordable Care Act–which would end the cost-free birth control millions of women now enjoy. Even after the terrible Hobby Lobby decision, Obamacare’s birth control benefit will continue to help women across America who work for companies that protect the rights of their employees.

Tell Cory Gardner to stop trying to make it harder for women to get birth control.

Ever since he entered the U.S. Senate race, Gardner has been running away from his support for banning abortion, and even many common forms of birth control. Gardner’s latest proposal to deflect criticism, to sell oral contraceptives over the counter, is a simplistic nonstarter that ignores many other contraceptive options.

Don’t be fooled by Con Man Cory: Gardner wants to repeal the cost-free birth control women are receiving today, and make them pay as much as $140 a month or more for their birth control. [1] Right now under Obamacare, millions of women are getting a better deal. Why would we want to go back?

Send a message to Cory Gardner right now: tell him to stop getting in the way of women’s health care choices. We’ll share your names and comments with Gardner’s campaign, the press, and other public officials.

Thanks for seeing through Con Man Cory’s games. Over and over, Gardner has voted against women and reproductive choice, and we can’t let him erase that record with deception. Thanks for demanding better.