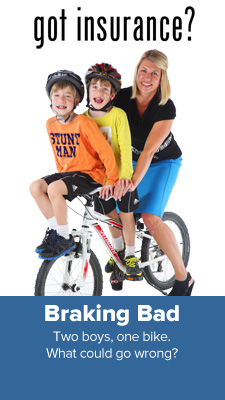 DENVER: ProgressNow Colorado, the state’s largest online progressive advocacy organization, today called on Republican gubernatorial candidate Bob Beauprez to stop trying to have it both ways on the issue of an individual mandate to buy health insurance. This comes after a surrogate for Beauprez, former Republican gubernatorial candidate Steve House, claimed Friday that Beauprez “admits that the individual mandate comment was a mistake.”

“Out of one side of his mouth, Both Ways Bob Beauprez says the ads attacking him for supporting the individual mandate are misleading,” said ProgressNow Colorado executive director Amy Runyon-Harms. “But his surrogates are spreading the word among Tea Party Republicans that Beauprez ‘admits’ his comments were a mistake? Only one of those can be true.”

In a Facebook post Friday, former Republican gubernatorial candidate Steve House responded to criticism of Beauprez among conservatives by saying Beauprez “admits that the individual mandate comment was a mistake.” House said further, “I am not convinced that all that many congressmen know the constitution,” but assured conservatives that Beauprez is “very prepared on issues now.” [1]

“The Supreme Court settled the constitutionality of this important component of healthcare reform, which Beauprez himself and many conservatives supported until President Obama proposed it,” said Runyon-Harms. “Once again, Bob Beauprez wants to have it both ways, apologizing to conservatives in private while trying to talk his way out of accountability with the media. We call on Bob Beauprez to do what seems to come the hardest for him: pick a side.”