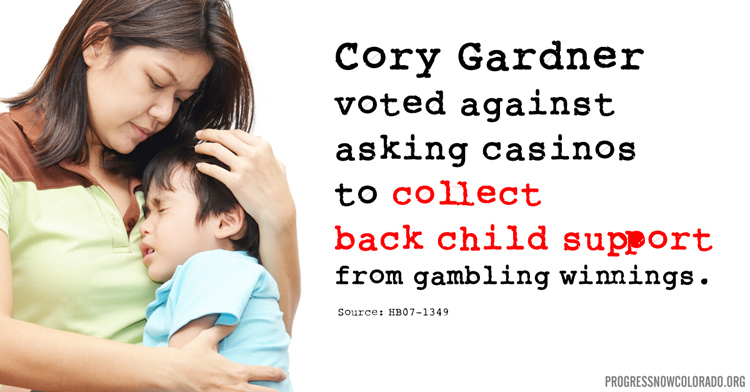 “When mothers and kids needed Cory Gardner the most, he turned his back on them,” said ProgressNow Colorado executive director Amy Runyon-Harms. “Gardner had the chance to vote for a straightforward bill asking casinos to collect overdue child support from gambling winnings–and Con Man Cory instead voted to protect deadbeat dads.”

“We should all be able to agree that parents have a responsibility to their children, and the state must enforce child support orders to protect the most vulnerable,” said Runyon-Harms. “Coloradans deserve better than politicians like Cory Gardner who turn their backs on kids and their moms in order to make life easier for casinos and deadbeat dads.” 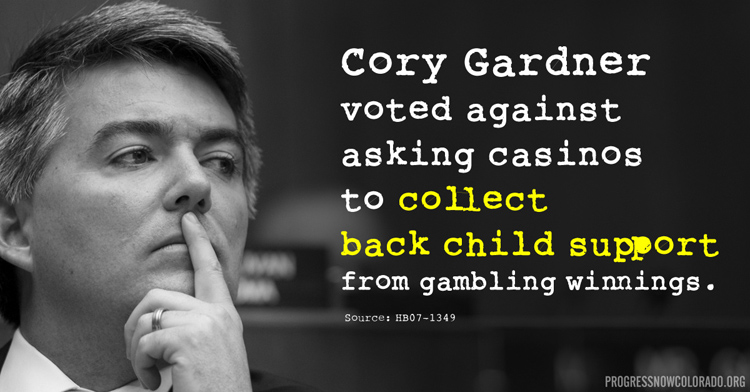