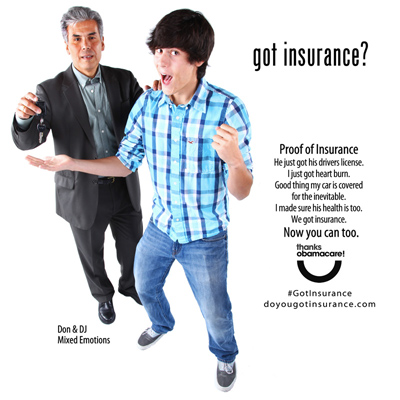 I have a friend back east. I call him Burt. Right now Burt doesn’t have health insurance. This week I told him he had until March 31st to sign up for health care through the Obamacare health exchange and get covered. After that, enrollment closes, and he won’t be able to enroll until the next enrollment period begins in November. He would also have to pay the penalty for not getting covered.

Burt lives in a state that didn’t set up it’s own healthcare exchange–like Colorado did. Burt doesn’t make a whole lot of money and would probably qualify for Medicaid, if the state he lives in had opted to expand Medicaid–like Colorado did. Burt doesn’t think he’ll be able to afford insurance because he has heard some of the many Obamacare “horror” stories raising falsehoods about the cost of the new healthcare plans.

I went to a website I’d heard about online that helps people calculate what sort of subsidies they can qualify for under the new healthcare law and entered my friend Burt’s information. It told me that he could qualify for a Silver level plan with enough subsidies to get him covered for $240 a year. When I told him, Burt didn’t believe me. I told him to call the health care access people in his state and talk to them directly to get help.

Burt promised me he would. He has 16 days.

My friend Burt’s story is pretty common. While 13 million people have already signed up for healthcare through the new Obamacare exchanges, millions more have put off getting covered. The reason, most people say, is they think it will be too expensive. Yet research shows that nearly 80% of those people will quality for subsidies.

Colorado set up it’s own health insurance exchange–Connect for Health Colorado. It has been working well for people here in our state. Which is why Colorado ranks 5th in the nation in getting people signed up for coverage on state-based exchanges.

Colorado also opted to expand Medicaid to help make sure more of our low income citizens have the coverage they need.

Really, if you live in Colorado, there is no excuse not to get covered. Our website works. Many people will qualify for subsidies to keep costs manageable. There are resources to help you navigate the system if you have questions.

There are 16 days left to enroll. Are you covered? Is your family? Are your friends? Now is the time to remind them the clock is ticking.

Thanks for your time today. Now I’m going to go call my friend Burt and make sure he gets covered before it’s too late.