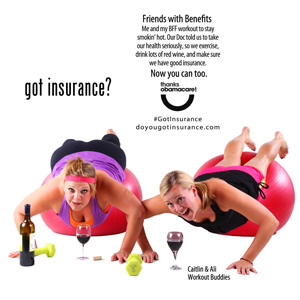 “Republicans have realized they can’t beat Mark Udall with any of the far-right candidates now running for the Senate nomination, but Cory Gardner can’t save them either,” said ProgressNow Colorado executive director Amy Runyon-Harms. “Since taking office in the 2010 ‘Tea Party’ wave, Gardner has shown himself to be opposed to the interests of women and an embarrassment to the entire state.”

In a debate video from Gardner’s campaign for Congress, Gardner proudly declared himself a supporter of the “personhood” abortion ban ballot initiative, having even helped collect petition signatures to place the initiative on the statewide Colorado ballot. [1] Coloradans defeated the so-called “personhood” measure with over seventy percent of the vote in both 2008 and 2010.

During last year’s historic flooding along the Front Range of Colorado, Gardner was accused of hypocrisy by fellow Republicans in New York and New Jersey, after voting against legislation to provide relief to victims of Hurricane Sandy. New Jersey Republican Gov. Chris Christie called Gardner and other Colorado Republicans “hypocrites” for seeking federal disaster relief funds from the same source they opposed funding for Hurricane Sandy victims. [2]

“Cory Gardner fancies himself as the leader of the Colorado Republican congressional delegation, but his record in Congress is a disgrace,” said Runyon-Harms. “Gardner’s double-dealing on disaster relief and support for radical assaults on women’s health show he is hopelessly out of touch with the people of Colorado. Gardner may be the best Republicans can muster in 2014, but that says more about their failures than anything else.”